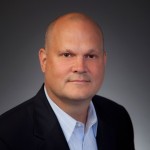 As much press as FinTech has received for new initiatives and investment in the financial sector it would be hard not to notice the consolidation that has occurred in the derivatives space over the past decade. To build and navigate a successful futures firm it is important to understand the current environment, how we got here, and then project where the opportunities are in the industry.

So what has been driving consolidation in the futures industry?

There are multiple factors at work so let’s look at a few. Traditionally futures firms were built to break even on operations from transactional commission rates with the bulk of earnings being generated from interest revenue on customer balances. The 2008-2009 financial crises changed these economics as interest rates fell to near zero, reducing a major component of firm’s revenue and profits. Because a major component of revenue and profitability was now gone many firms simply could not survive on transactional-based revenue alone. The firms that were able to survive were also saddled with ever increasing regulatory requirements which translated into increased costs of doing business. This increase in cost was occurring while at the same time profits were constricting. The icing on the cake was once we moved past the first quarter of 2009; volatility began to constrict further reducing transactional revenues. The combination of near-zero interest rates, increased regulatory costs, and decreased volatility lead to a natural consolidation in the futures industry as firms looked to gain scale to offset reduced revenues and increased costs.

While we can all agree there has been significant consolidation in the futures space, what has been the impact of this consolidation? 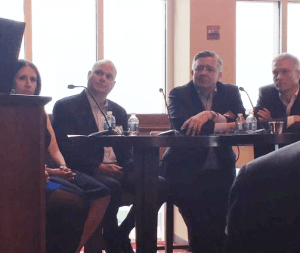 Tradovate CEO Rick Tomsic (2nd from left) was featured in Orc Group’s Consolidation in Derivatives and its Impact on Technology panel on May 20th in Chicago.

An even a bigger impact of the consolidation has been the lack of reinvestment in client-facing technology. Since the financial crisis of 2008 firms moved into survival and consolidation mode. Consolidation of two entities does not occur naturally and can be a tremendous amount of work. I have experienced this first hand as the company I founded was acquired, and then the acquiring firm was acquired which led to my original firm being divested. The impact of navigating through three consolidations in five years was a substantial effort. Instead of primarily working on new technology that would impact growth, efforts were often focused on the integration of firms and driving synergies. If care is not taken, managing integration can take a substantial toll on the product offerings and on employee morale.

In the aftermath of the consolidation that has occurred where do we see opportunities?

The focus for survival and managing consolidation efforts has left a void in client-facing futures technology. Much of the software used today is the same that was used 10 years ago. While the rest of the universe has become mobile the futures space is still dominated by Windows downloadable software. At Tradovate, our new venture in the futures space, we see tremendous opportunity to implement a cloud-based trading system that incorporates all the functionality and speed of a traditional downloaded platform while being fully integrated across desktop, tablet and phone. We also see a great opportunity to build operating infrastructure with the ability to scale using cloud technology. This focus allows us to control operating costs through technology and staffing and pass the savings on to the consumer to reduce trading costs.

So when will the consolidation end in the futures space and what will be the catalyst?

One of the first factors necessary to begin the unwinding of the consolidation in the futures space is the start of a rise in interest rates. Our belief is once the Federal Reserve begins to tighten rates the economics of operating a futures brokerage will again change. This increase in profitability will ultimately attract new participants. In addition, as noted the lack of reinvestment in client-facing technology has left a void for products in this space. As this void continues to grow opportunistic firms like Tradovate will be launched to address this technology gap.

We believe the time is right to enter the futures space. At Tradovate we are excited about introducing a new cloud-based trading system with an extremely compelling financial offering. The consolidation in the futures space has created a natural opportunity. We hope to see more firms like Tradovate address this space and challenge the industry.